The first ever update for Asphalt 9: Legends was out on 5th of October, 2018 which was a few days ago. The update was almost 500 MB in size so you can imagine the changes that has been brought to this update. Asphalt 9 is a perfect successor to Asphalt 8 in all sections. This game has a lot of different types of races to offer to new and existing racers. I wrote a post on Asphalt 9 legends review. You can go ahead and read that post. Today, I will be talking about the update that has been installed, what does it offer and if it is good or bad.

Daily goals is the new option in Asphalt 9. From your main game section, you can see a Daily goals tab. In that tab, you will see a list of things you need to do and in exchange of that, you earn tokens and car blueprints. Right now, this daily goal system offers Lamborghini Asterion, a class B car, which is obviously a good one. 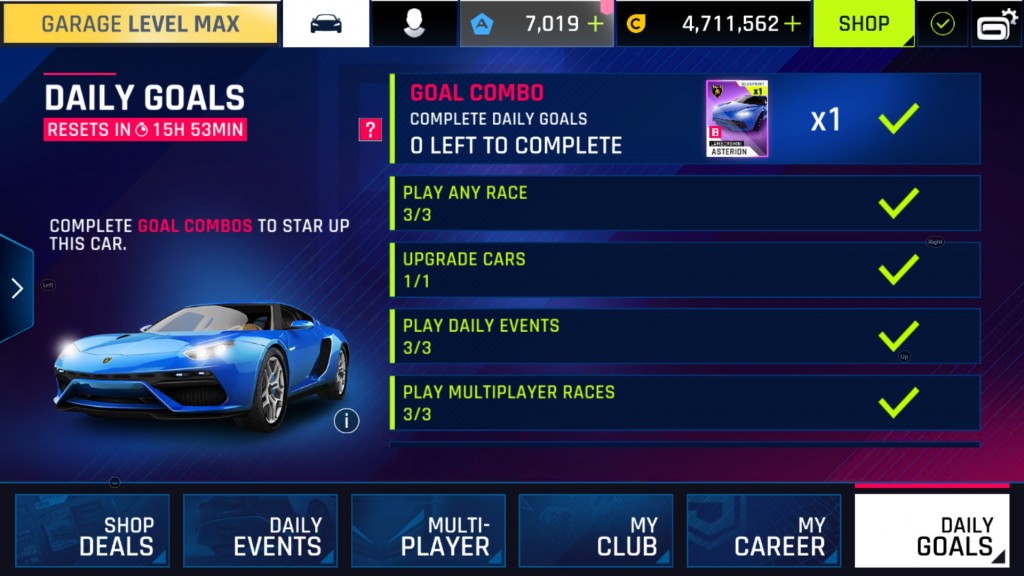 Right now, the goals to complete are as follows [5 tokens each]:

Completing either of the above goals gives you 5 tokens and a count to 6 for winning a blueprint for Lamborghini Asterion. This is a good way to earn some tokens daily basis and also get a good car. As you know, Lamborghini Asterion is a very good car for both career and online multiplayer mode.

In this upgrade, you get to have a new car Lotus Elise Sprint 220, a D class car. If you have played Asphalt 8 before, then you know that the starting of Asphalt 8 was also like starting with as many as 50 cars at the start. But they kept adding new cars every now and then. Asphalt 8 added more than 200 cars at the end of their four and a half years. I think, Asphalt 9 is also going the same direction. From personal point of view, Asphalt 9 is better than Asphalt 8 in every direction, you can have other thoughts. 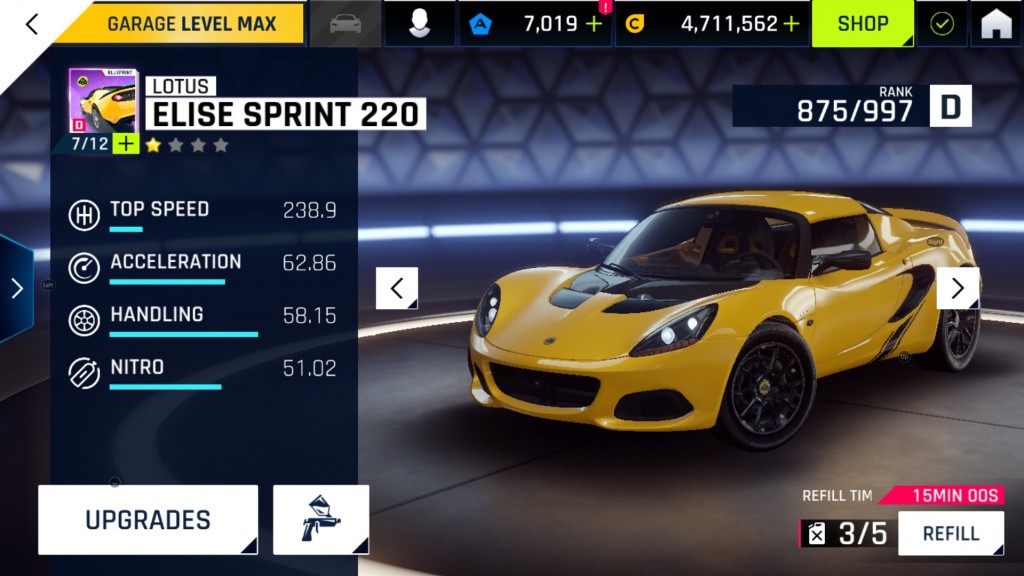 Along with new car you also get new season. The season is only available to see if you have unlocked the car first. 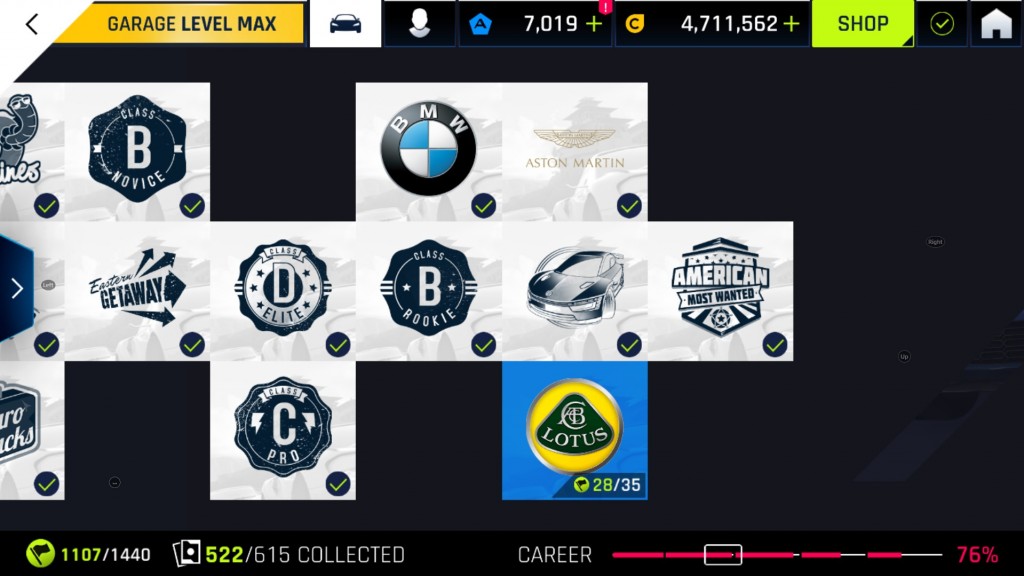 There have been minor changes to multiplayer system. Before the update, you could play with any car from your garage but after this update, you have some fixed choice of cars for each season and also for each league. By league, I mean the bronze league, the gold, the platinum league and last but not least, the legend league.

Time for the season is now a variant, a season lasts for 2 weeks but the next season is ended within three days. The next one might be only 1 week and so on. Right now an open season is going on and it will end in 7 days. 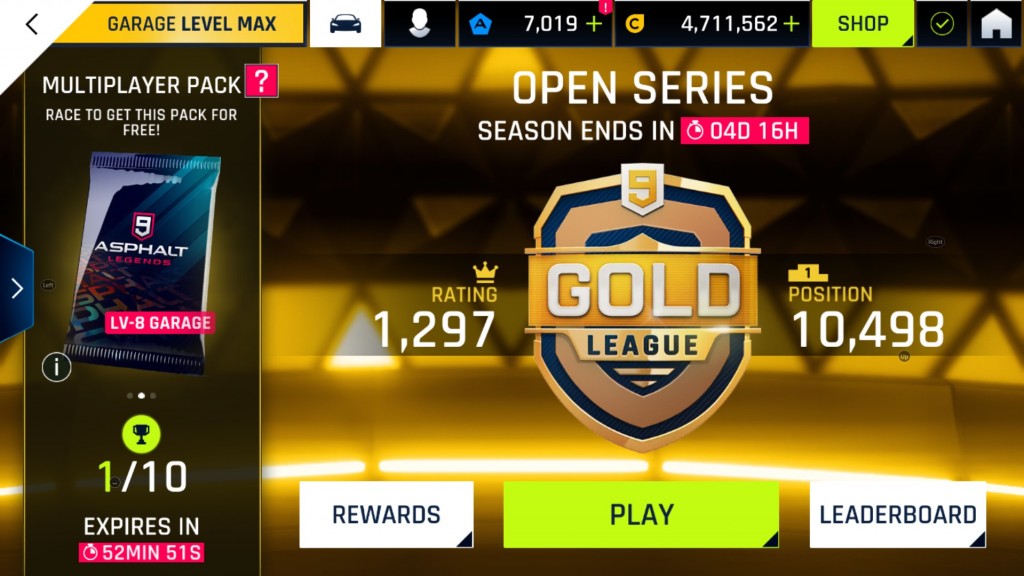 There’s been change in multiplayer packs. Before this update, you needed 10, 20 and 30 flags within an hour of playing the first multiplayer game in asphalt 9 legends. Well, it seemed a bit hard to do, specially the third target of 30 flags within an hour. So, this time the number of flags is 5, 10 and 20 and the time is also increased. For this reason, racers can win easy packs and the pack elements are good as well. If you have the patient to score the 20 flags, you will surely get an amazing blueprint. 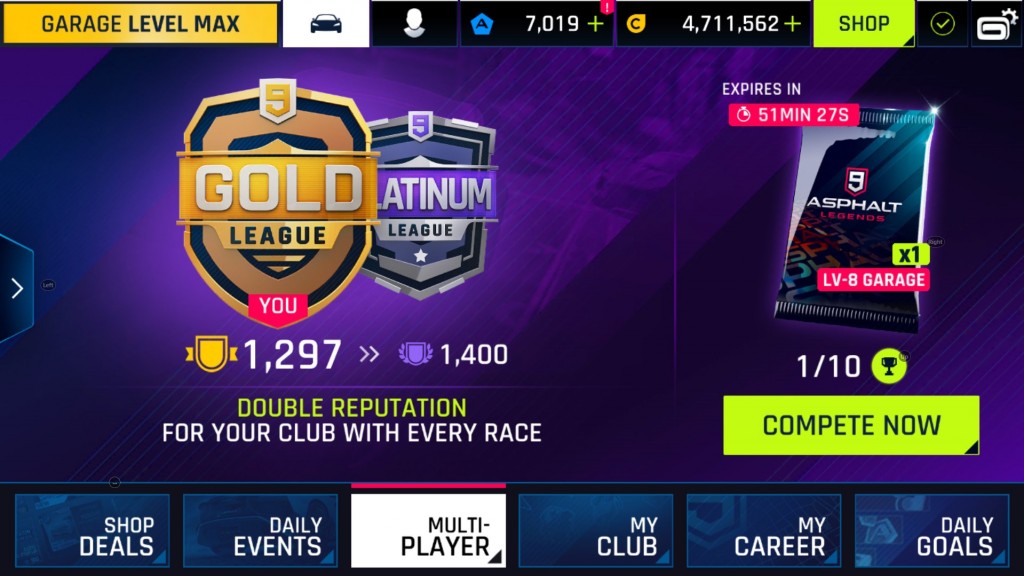 I think the biggest move towards this update is the club race. Players among a club can now play races between themselves. This is an amazing move. Multiplayer is always fun but there’s no possibility that you are gonna get your teammate in a multiplayer race, even if happens, the chances are very low. So, playing a club member is fun. Though it will cost fuel, but that’s completely worth it. 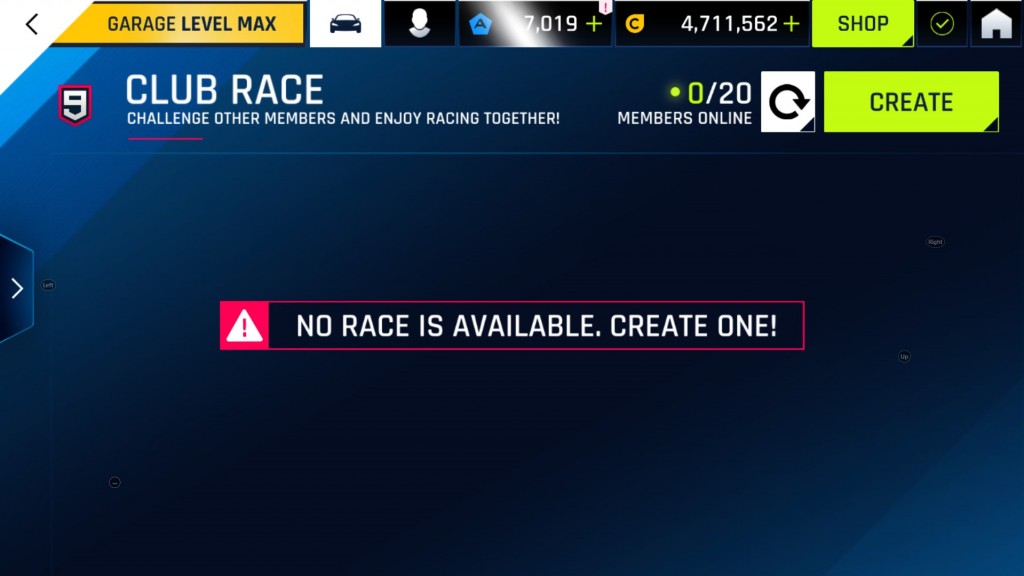 There have been some bug fixes as well that I noticed. Before this update, if you connect to a multiplayer race and decide to go back, your fuel would have been lost, but thanks to gameloft, that doesn’t happen now anymore. If you, for some reason, decide to go back after hitting play button in multiplayer, you get your fuel back. That’s great, because a fuel is really very costly for a high rated car. I don’t like the fueling system at all, but as they are still here, the decision to give the fuel back is good.

So, that was the overall overview of the first update of Asphalt 9 legends game. If you haven’t read the review, please to ahead and read that post about Asphalt 9 legends review. What are you thinking about this game? Let me know your opinion. Like and share this post on facebook and other social and like my facebook page. I will see you in the next post or tutorial.